Every winter as a child I used to wait in eager anticipation for Spring to arrive with its promise of new life blossoming, and a hot summer to follow. However, rather than the expectation of feeling joyful, my sister would sink into a low mood and actually become quite depressed. It was a mystery to all of us who could not understand why, after an often harsh country winter, the long dark months were ending.

It was many years later as an adult that I became aware of Seasonal Affective Disorder (SAD). I would be aware of friends with light boxes in their homes and it would be openly discussed how depressed they felt during the winter months, particularly with their dark short days.

So it came as a big surprise to me to discover that there are people who have what is referred to as Reverse Seasonal Affective Disorder (RSAD). I wondered how that could be. Particularly as I had always wanted to live in a hot country and loved the warmer weather and longer hours of light. Some of the symptoms of RSAD :

Nicholas Werner who experiences RSAD states in a BBC article (bbc.com); ‘”It is like the winter was an eiderdown or a duvet to hide underneath, but in the long summer hours or daylight hours I felt more exposed. In March when I know we’re putting the clocks forward I’m not looking forward to that, so that gives me a negative sort of mindset’.

So what causes RSAD? Lina Jamis reports in Psychology Today (psychologytoday.com) that SAD is known to be linked to a lack of sunlight and therefore a lack in the production of Melatonin, which tells our brain it is time to sleep. Melatonin is a hormone that  increases when it is dark and decreases when it is light. It helps to regulate serotonin levels in the brain and control our circadian rhythms (sleep patterns). So with RSAD there will be an increase in Melatonin which is known to affect moods, particularly if someone becomes sleep deprived. 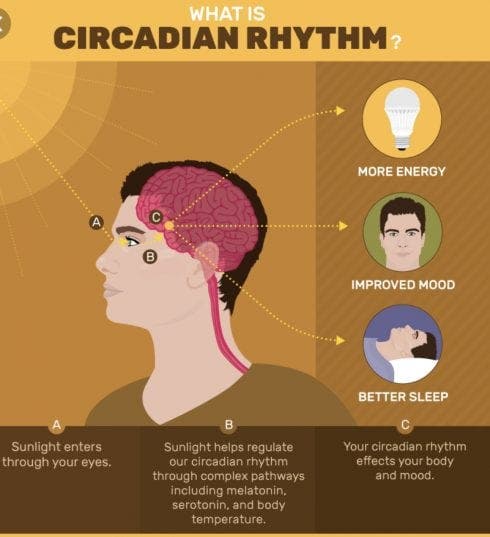 The charity Depression Alliance (depression alliance.org), acknowledges the seriousness of the condition but also that there is a severe lack of research into it. A spokesperson states; ‘Reverse SAD is rare but this has a lot to do with the fact that so little is written about it. It is not talked about so there are potentially many people out there who have the condition and have not been diagnosed’.

Johnny Wong writes in http://wayahead.org.au that there might be a less scientific cause for RSAD in some people. Something such as poor body image or even a lack in self confidence. He suggests that there are often greater expectations to go out and socialise in warmer months. He says; ‘people may also be affected by confidence issues with their body image, which is exacerbated during spring and summer as we head outdoors more often’. Maybe it is just simply that some people are happier to be at home and have issues around excessive socialising. Or that they don’t feel confident enough to wear little clothing, and find themselves comparing to others and then isolating themselves.

R Morgan Griffin (http://webmd.com) even hypothesises that RSAD can be triggered for some people by the long summer school breaks which can disrupt one’s routine life. Parents might have children to entertain all day every day and there is also the added financial burden that this can bring, with childcare for example or for trips out. Families go on long anticipated holidays which are another break to routine and travelling can be stressful.

Dr Josh Klapow suggests that in order to try and combat RSAD we should try to stick to as much of a routine as possible. He also recommends that keeping well hydrated and eating well can be good for low mood. (Obviously, the summer months usually involve eating too much and drinking more alcohol). He also talks about the importance of sleep and how keeping cool at night in order to get a good sleep will be beneficial. He has a podcast discussing RSAD in more detail called ‘Behind the Front : Is the Heat Making you Depressed’. (It can be accessed via iTunes podcasts). 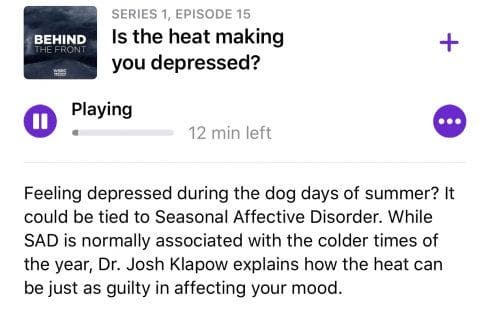 Whatever the cause might be, and it will vary from personal person, it is important to take symptoms of low mood in others very seriously. People can become depressed at any time, including the summer months.